Lord of shapes. Motion scientists. Cartoons. We are swift. It's a do.

We have everything it takes to make your cartoons from start to finish. Projects of any scale are produced at our three studio locations in Los Angeles, New York City, and Vancouver. Titmouse employs over 700 of the most talented people in the industry (that are guaranteed 100% human). Writers, producers, directors, storyboard artists, animators, compositors and editors are all right here, in house. Our state‐of‐the‐art sound studio is where many of our original TV shows, films, commercial work, branded and digital content are recorded. We even have very fancy edit bays where our very fancy editors put the finishing touches on your very fancy cartoons.

Titmouse founders Chris and Shannon Prynoski opened a T‐shirt company in the year 2000 and named it Titmouse after Chris’ favorite Northeastern‐American bird species, but soon restructured the business to focus more on high‐quality film and television animation production. The Prynoskis made this courageous business decision for no reason other than the fact that they could (and because nobody was buying their T‐shirts, but television and film studios kept giving them money to make cartoons). 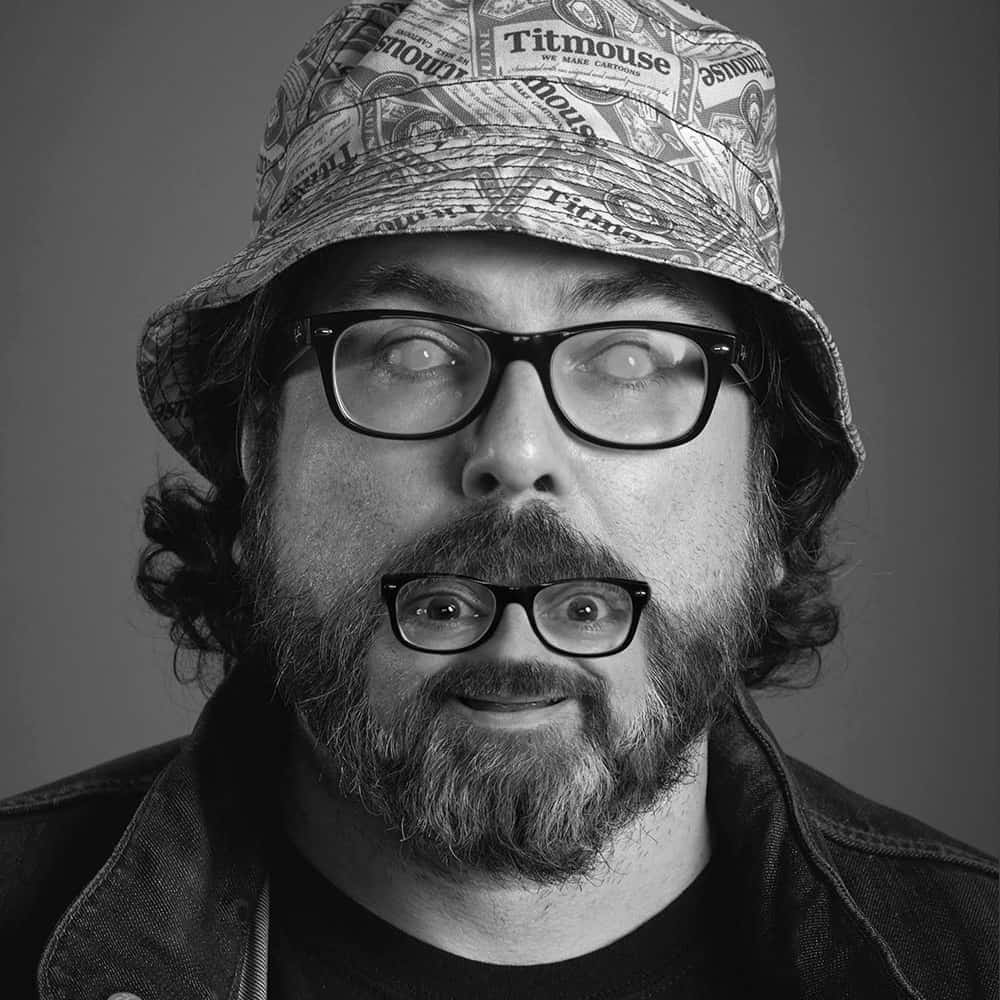 Chris Prynoski is the president and owner of Titmouse, an award-winning animation production company with offices in Los Angeles, New York and Vancouver. His animation career began in New York with his work on MTV shows such as Beavis and Butt-head, Daria and his Emmy nominated creation MTV Downtown. Chris and his wife Shannon then moved to LA to launch Titmouse – a home for passionate artists making high-quality cartoons. Prynoski has helped bring to life a string of hits include: Metalocalypse, China IL, Black Dynamite, Superjail!, The Venture Bros, Megas XLR, Randy Cunningham: 9th Grade Ninja, Turbo FAST and his original creation, Motorcity for Disney XD. He wears many hats, including Executive Producing, Show Running and Directing. He recently finished directing his first feature film, Nerdland. 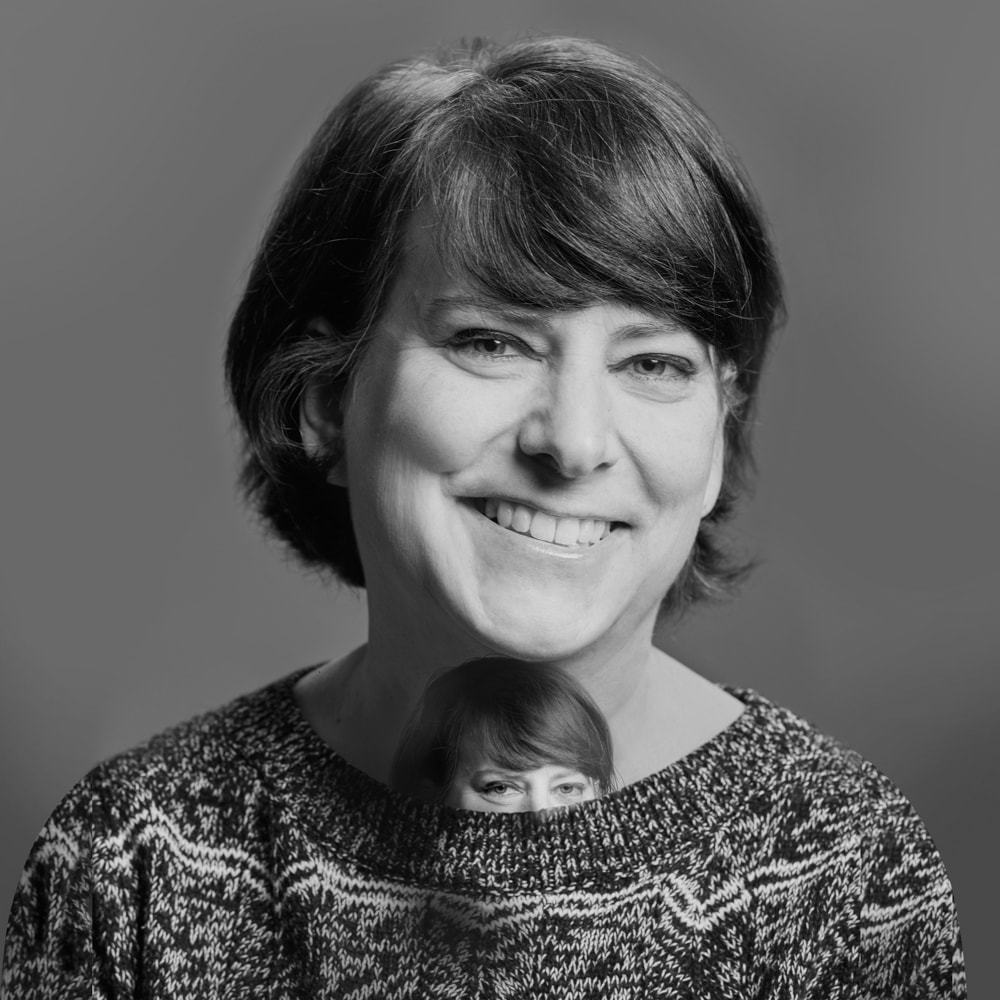 Shannon Prynoski, Titmouse, Inc. co-owner and vice president, was born in the Bronx. Her mother was an English teacher, and her father is a sculptor currently living in TriBeCa. Shannon’s arts and animation career began at the School of Visual Arts in NYC, where she studied film and met Chris Prynoski. Prior to establishing Titmouse Inc. with Chris, she was a color stylist freelancer, a celebrity photo editor for Outline Press and a production manager on several Captain Crunch commercials. Shannon served as Supervising Producer for projects including The Black Panther, Superjail!, ­The Venture Bros., Metalocalypse, China IL, Turbo FAST, Randy Cunningham: 9th Grade Ninja, Moonbeam City, and the studio’s first feature film, Nerdland, debuting at Tribeca Film Festival. She is an accomplished painter and proud of her ginormous collection of female action figures. 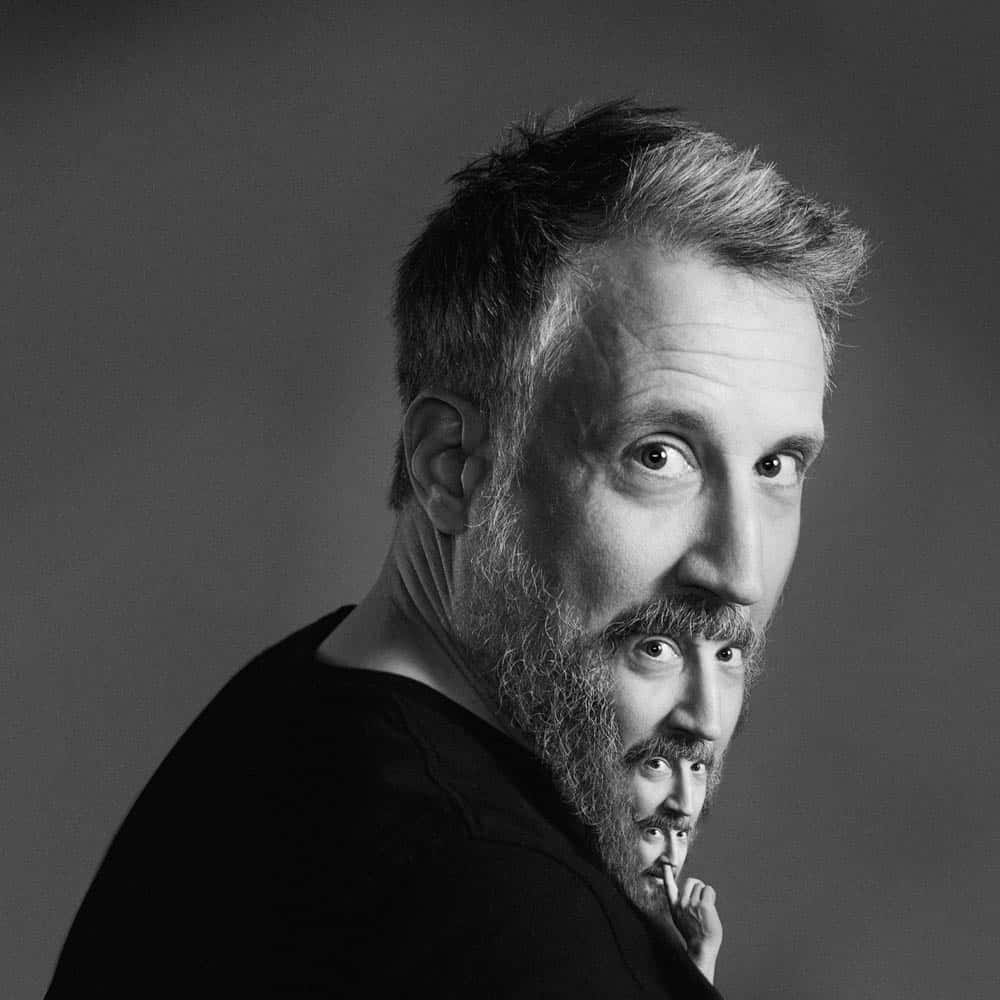 As Creative Director for Titmouse, Inc., Antonio oversees the creative direction of all projects including Metalocalypse, Black Dynamite, Motorcity, Turbo: F.A.S.T., Moonbeam City, and the studios’ first feature film, Nerdland. He began his animation career working as a layout artist in his native city, Paris until Chris Prynoski who was working at MTV, noticed his unique portfolio drawings showing up on the fax machine (yes, really – via fax!). Chris lobbied to have Antonio join him at MTV New York and years later, they along with Shannon Prynoski made the move to Cartoon Network in Los Angeles. Fast forward to the happily ever after career landing spot at Titmouse, Inc., where he is currently directing the Amazon series, Niko and the Sword of Light. 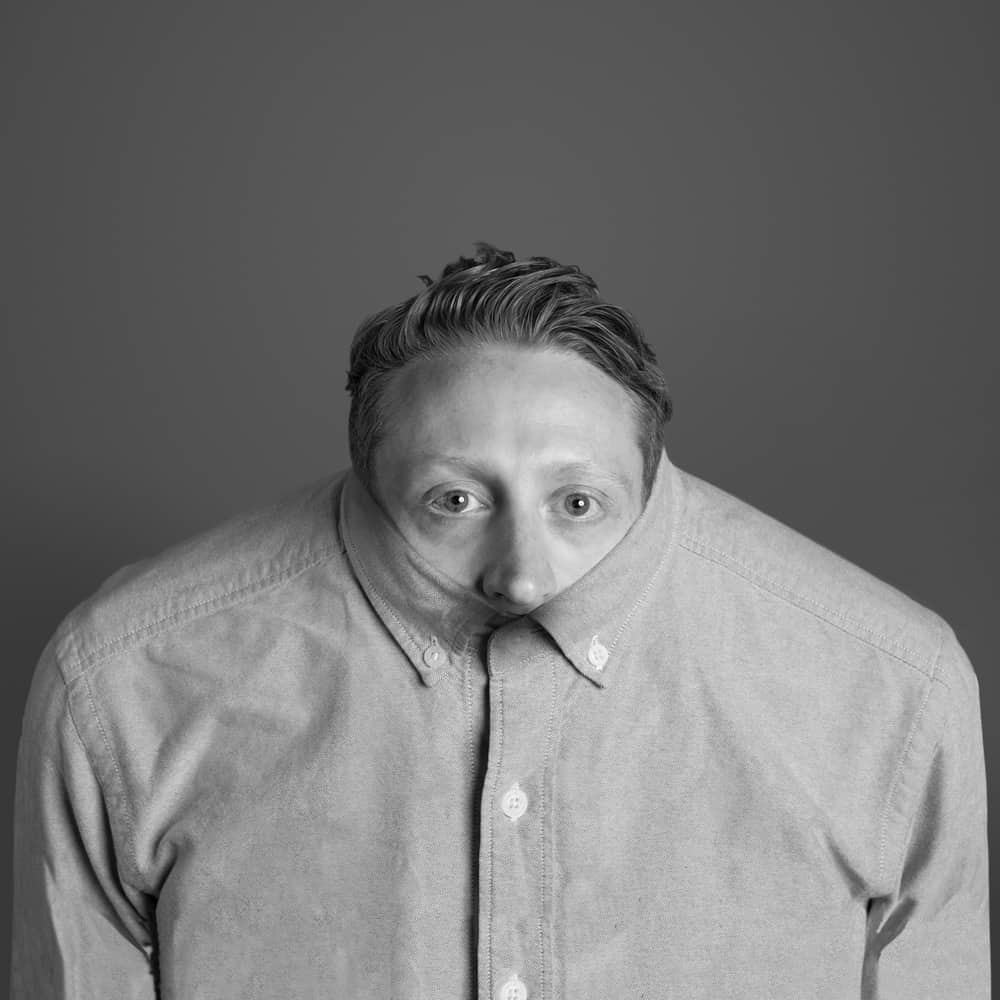 As COO Ben Kalina is responsible for overseeing production and development across its three studios. He helps promote and maintain the studios’ overall vision, facilitates all incoming jobs and manages processing techniques. Prior to Titmouse, he worked in production at Warner Bros. Animation & VFX. During his time there he helped develop their digital pipeline and worked on transitioning the studio from traditional paper animation to a digital workflow. While serving as producer on Amazon’s series Niko and the Sword of Light, the show won a Emmy for Outstanding Children’s Animation Program. 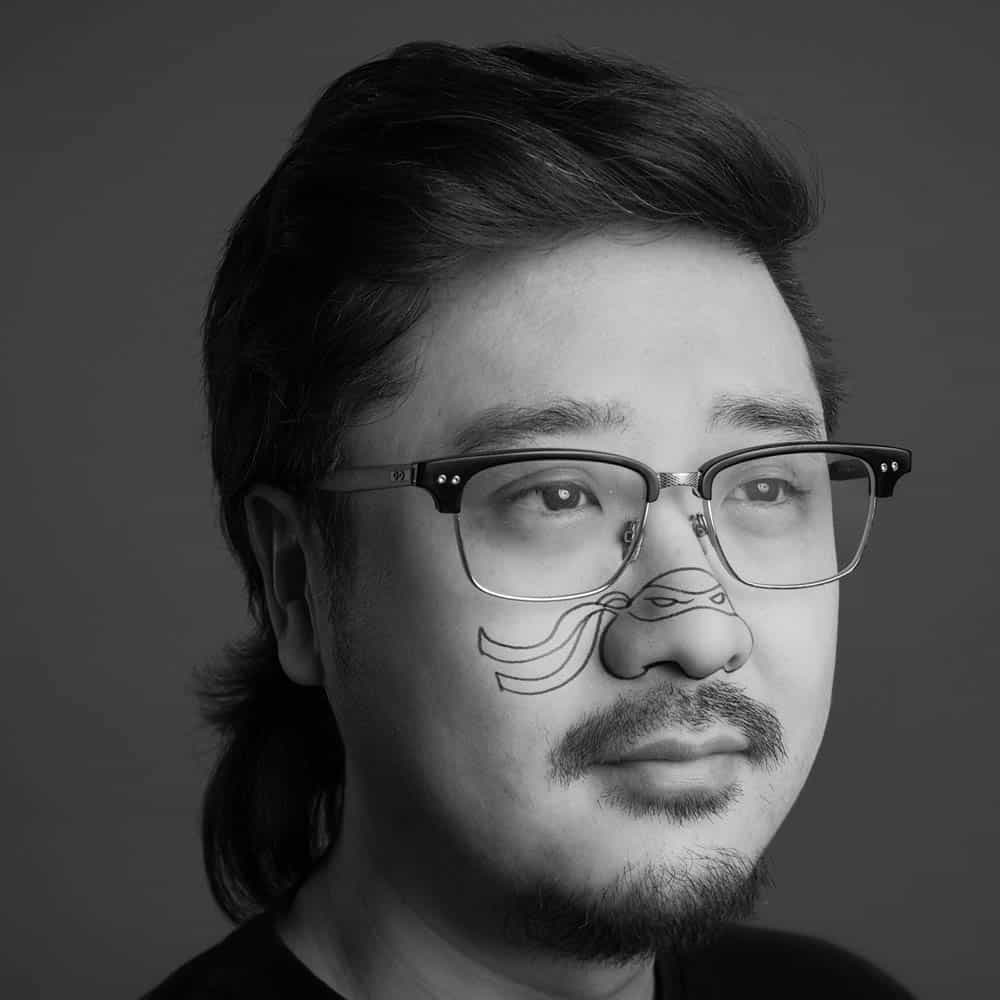 As one of Titmouse Inc.’s first directors, Juno Lee is manages the creative aspects of production including storyboards, animatic, animation and editing. He is involved from the inception of the project to final post. Prior to Titmouse, he was an episode director at Cartoon Network on Megas XLR. He acted as an overseas supervisor to outsourced animation. With an inherent passion for cartoons and shredding the guitar fiddle, Juno has been known to pick fights with innocent civilians on the street (vicariously) via Street Fighter. He’s great at ping pong, and exceptional at the guitar fiddle. 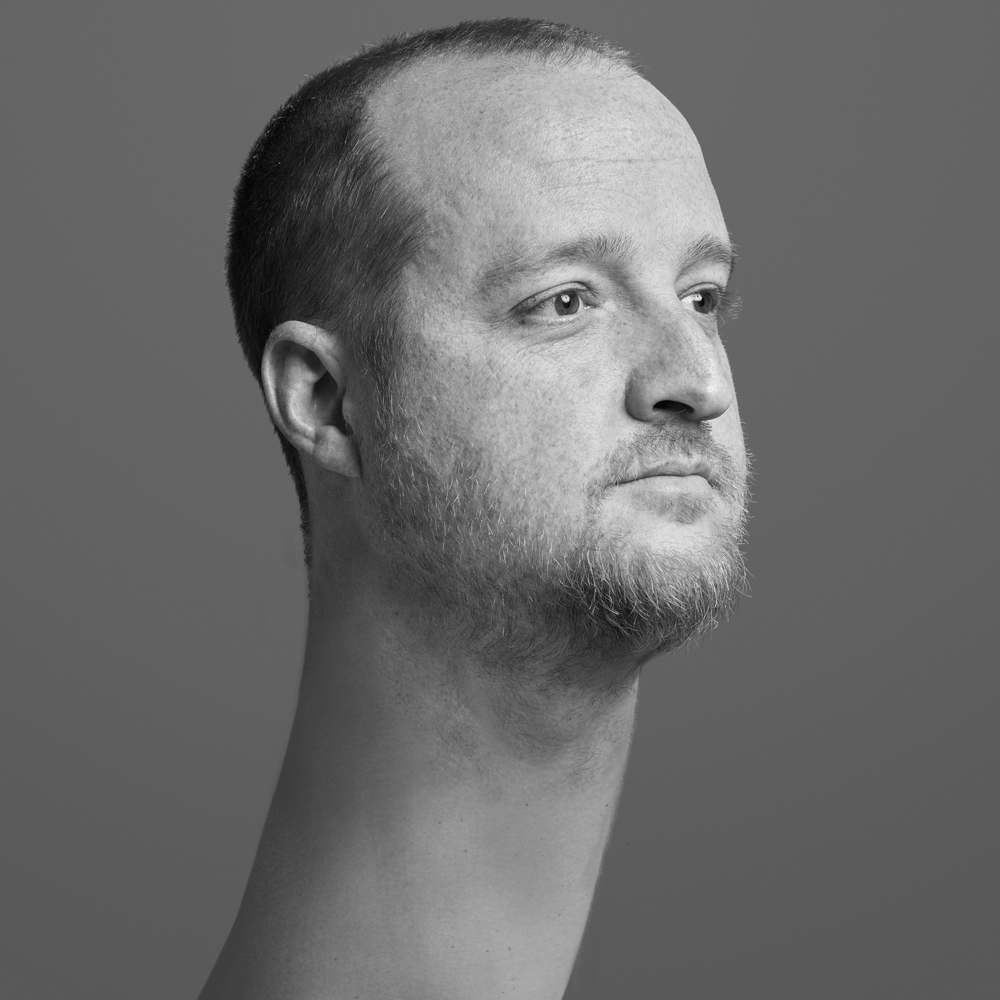 As Director of Animation, Mike is responsible for overseeing animation across its three studios . His duties include consulting on the teams that are hired for each project, overseeing the animation pipeline, and determining a creative and technical approach to each show. He joined Titmouse as a part time animator and has since graduated to directing the animation for many of Titmouse’s projects including Metalocalypse, Motorcity, Turbo FAST, and the recently announced Son of Zorn. He wrote and directed Titmouse’s award winning short film, The Hidden Life of the Burrowing Owl. Prior to Titmouse, Mike taught intro to animation to hungry college kids at California State Fullerton. 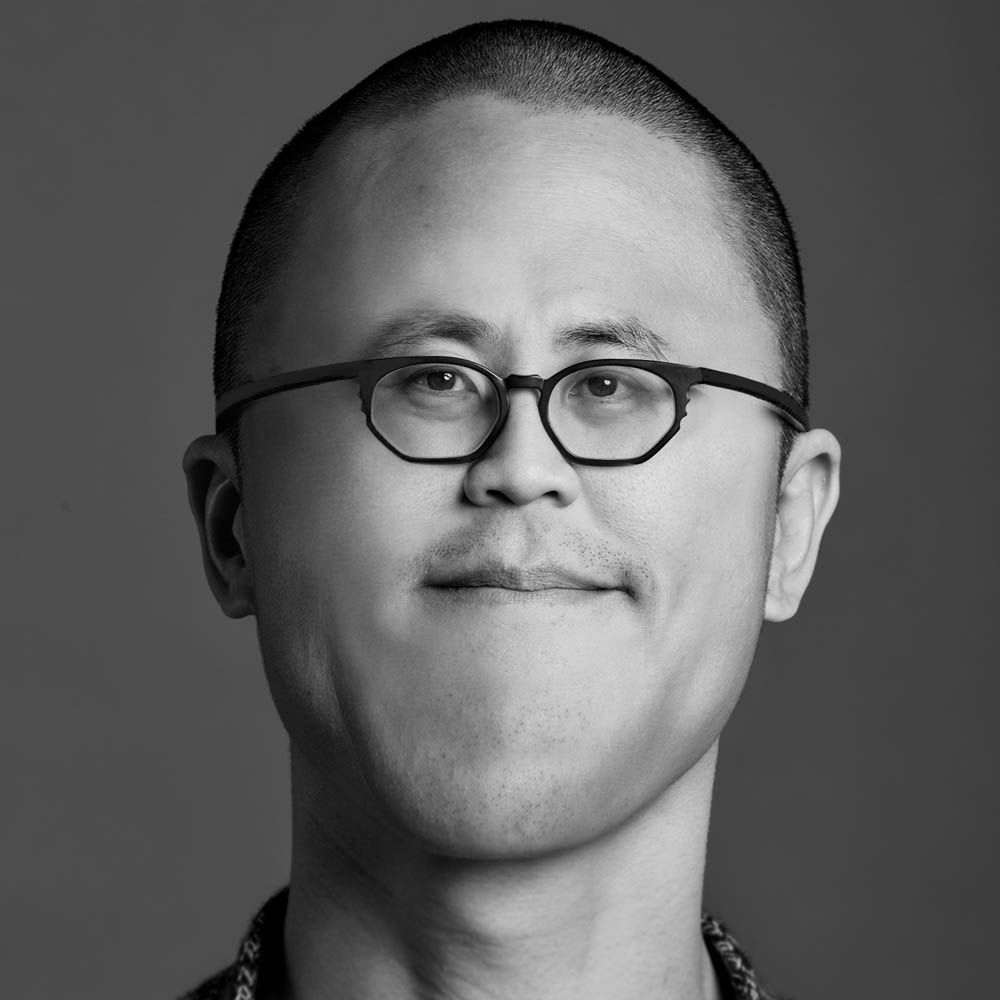 Otto Tang is a director and art director at Titmouse Inc. (LA, USA) Originally a background painter for Metalocalypse, he has grown in his artistic responsibilities at Titmouse and directed title sequences for the feature documentaries Sunset Strip and Jaco. He was the art director on Randy Cunningham 9th Grade Ninja on Disney XD. His short By the Stream was an official selection at Annecy International Animated Film Festival. 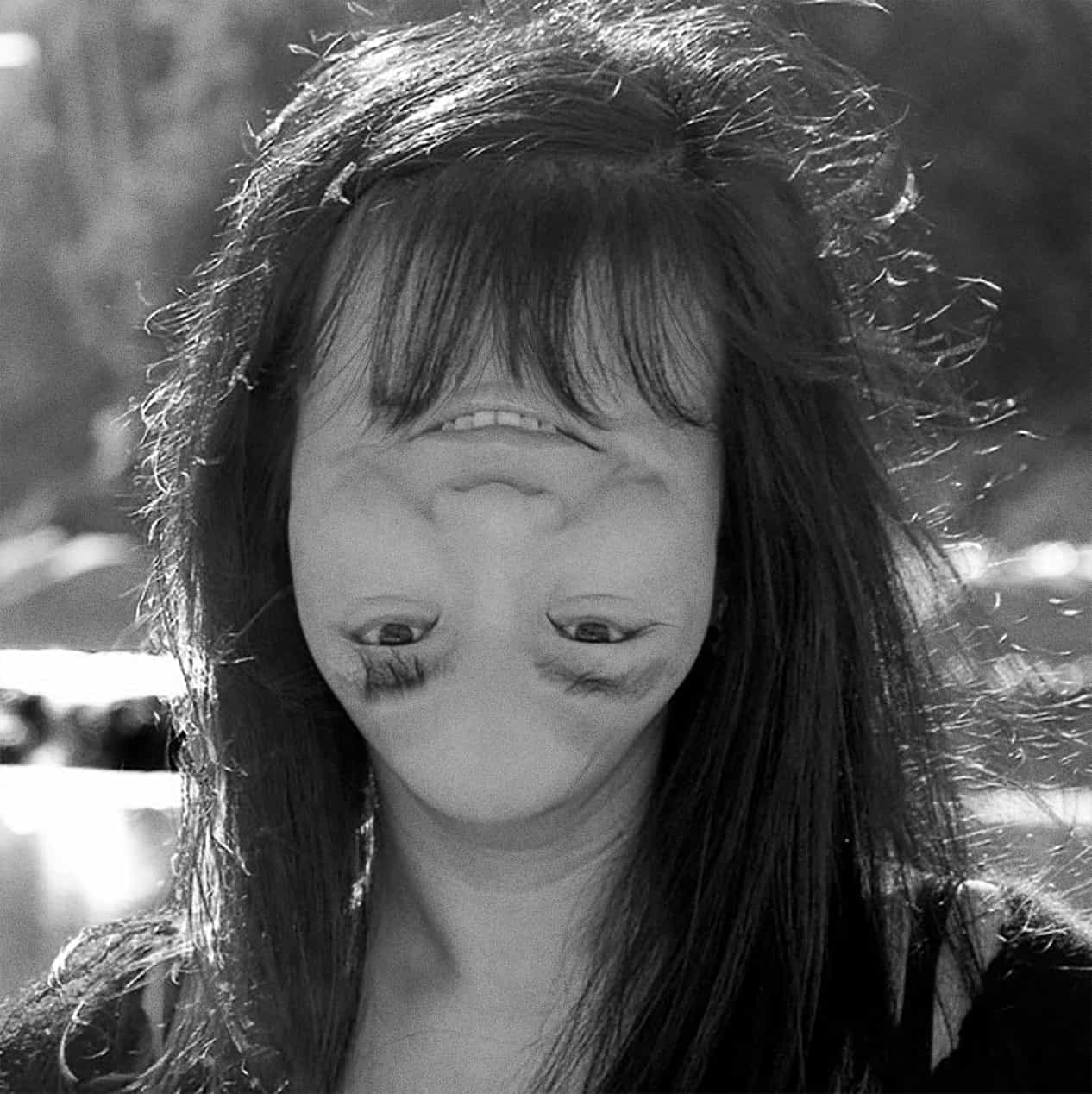 Winnie Chaffee grew up in Taiwan, learning about traditional animation production and taking those skills with her to land her first job in the U.S. at LA’s DIC Entertainment. There, she produced series favorites such as Alf Tale, The Real Ghostbusters, Mario Brothers, and Hello Kitty. After six successful years at DIC, Chaffee formed her own company, which specialized in development, co-productions, distribution, merchandising and licensing for companies in the U.S. and Asia. Chaffee also served as line producer on Beavis and Butthead Do America. She moved to NYC in 2000 to produce Courage The Cowardly Dog for Cartoon Network. Following that, she started Phase Four LLC to produce Discovery Kids’ first animated TV series Kenny The Shark. In 2014, Chaffee joined Titmouse NY as a producer and now serves as head of physical production for the NY branch. 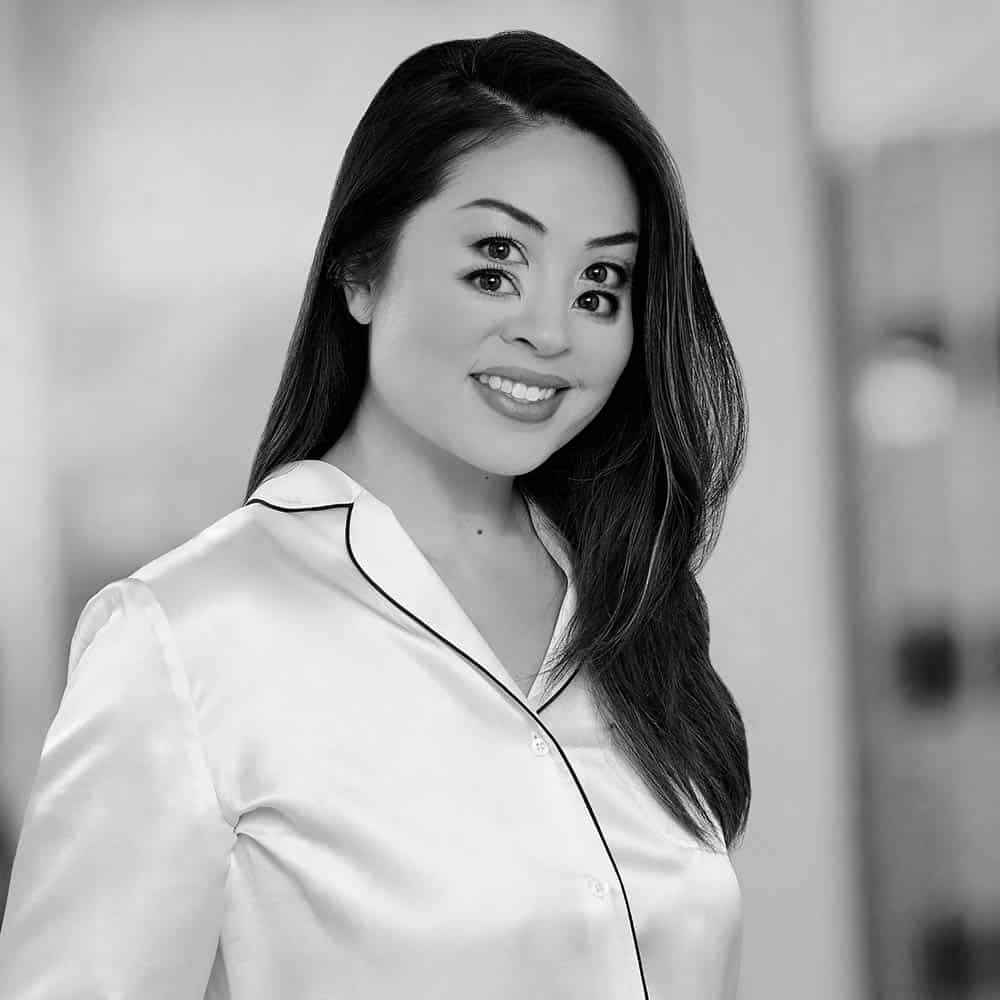 Jennifer Ray was born and raised in Southern California, where her love of animation began in her youth watching Saturday morning cartoons and Disney movies. With the goal of transitioning this love of animation to a career, she graduated from California State University, Fullerton with a B.F.A. in Entertainment Art/Animation, and was quickly hired at Cartoon Network. Since joining Titmouse in 2010, she’s produced several popular series, including Turbo FAST, Son of Zorn, Venture Bros. and Tigtone. As VP and Head of Production for Titmouse Canada, Jennifer supervised all animation production while focusing on studio growth and management strategy. 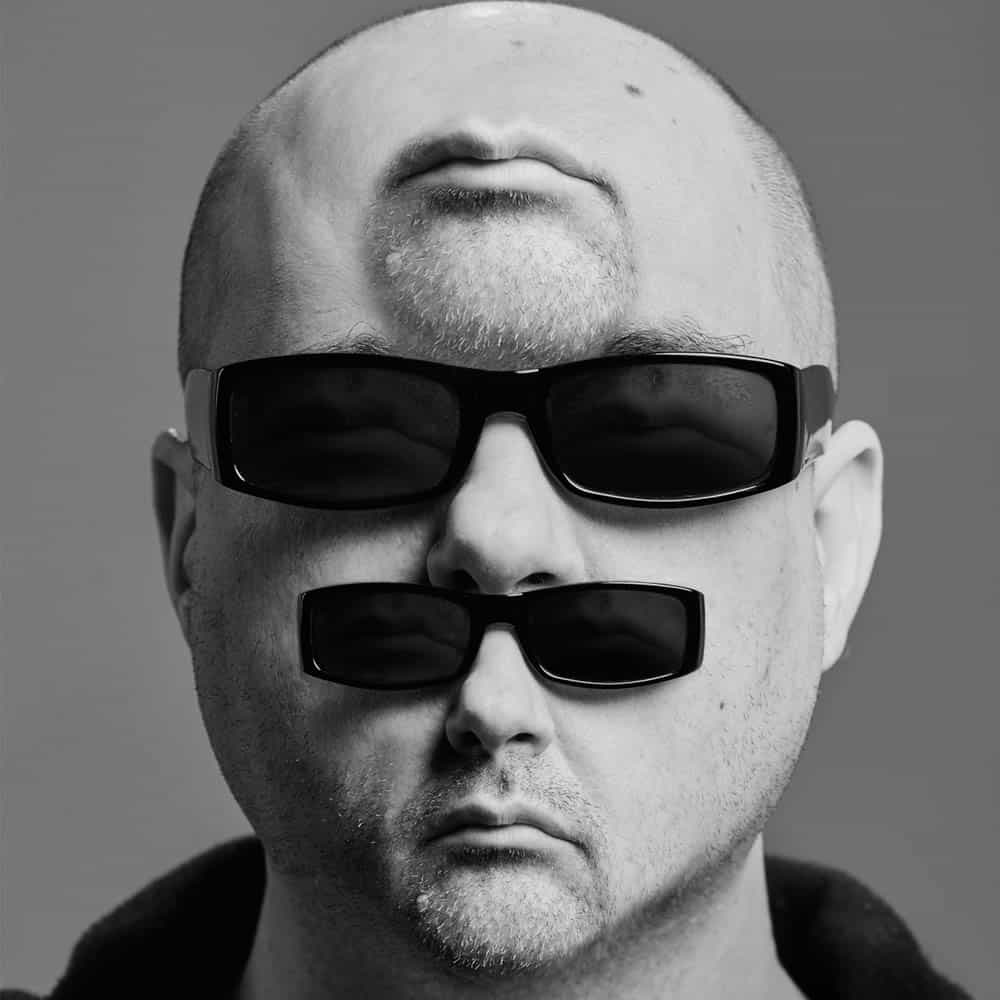 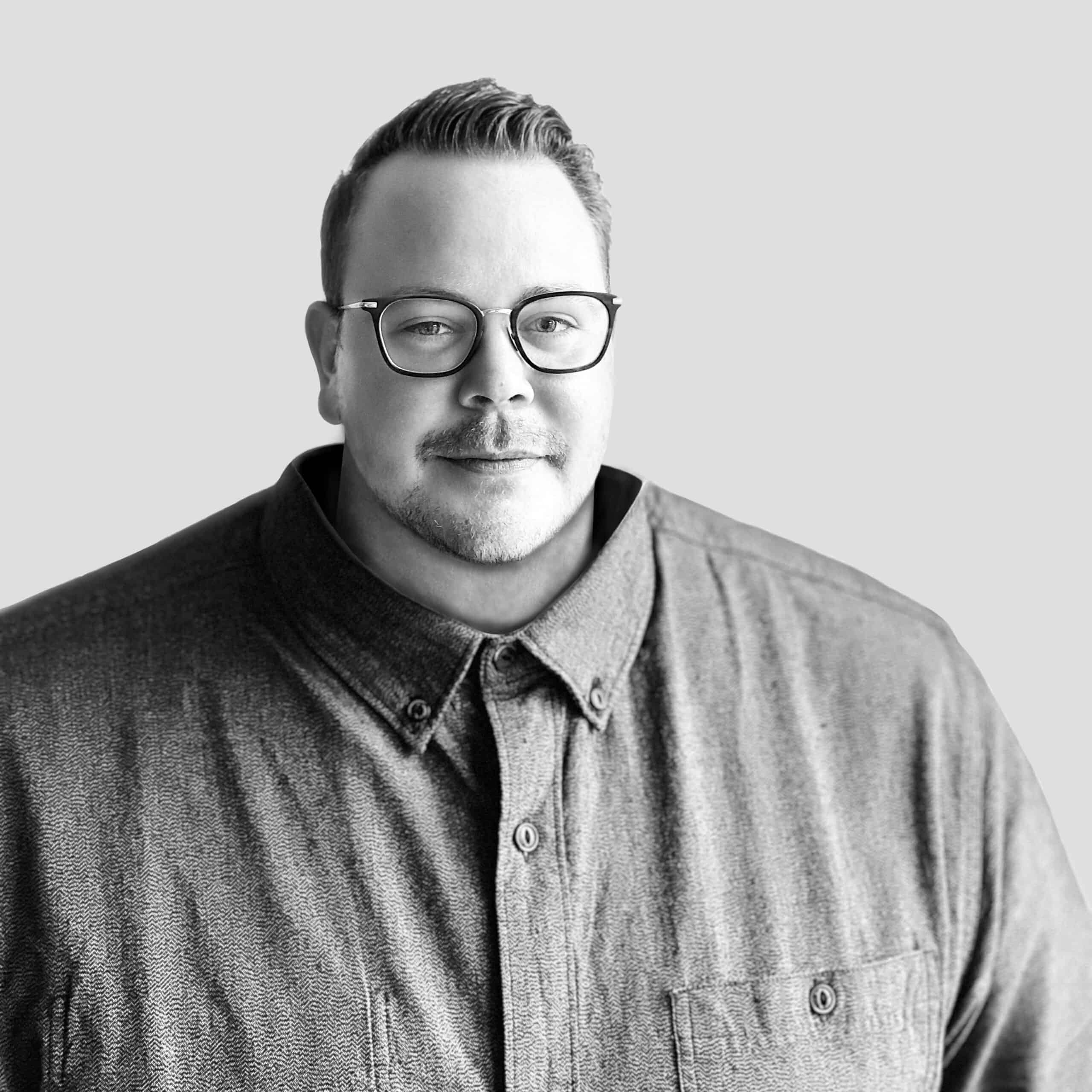 Kramer Hoehn brings with him more than 10 years of production experience in the Vancouver animation industry. Prior to Titmouse, he served as Head of Production at Yeti Farm Creative and Head of Production and Supervising Producer Atomic Cartoons. In his new role at Titmouse Canada, he will mentor a new generation of producers, while leveraging his experience in establishing robust pipelines, teams, strong network partner relationships and developing internationally recognized content. Kramer is keen on exploring new and emerging technologies, production processes and innovative methods to bring Titmouse-produced content to the screen. 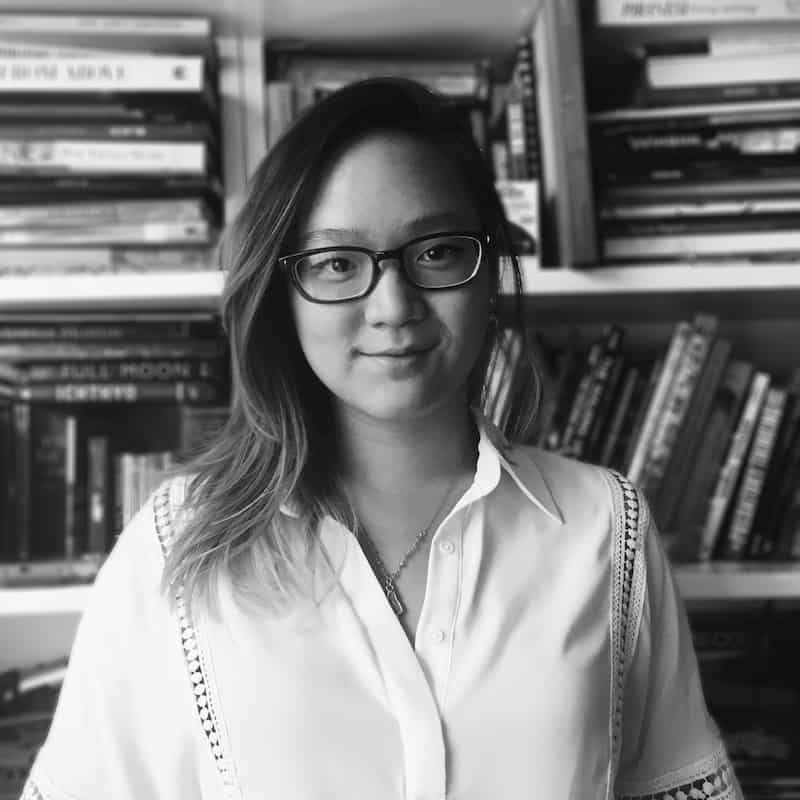 Ellen is a doer of many things. Before joining Titmouse as their artistic recruiter, she spent the last 5 years as a director/designer for clients such as Nickelodeon, Katy Perry, Facebook, NBA, TED-Ed to name a few. She teaches at the School of Visual Arts, fostering the development of award-winning student films. She is also the co-lead of the Women in Animation NYC Chapter where she organizes informative presentations with practical advice in order to better prepare artists for the industry. Having been on both sides of the table, as an artist hustling for work and a director hiring for projects, Ellen brings unique insights to recruiting for the animation industry.